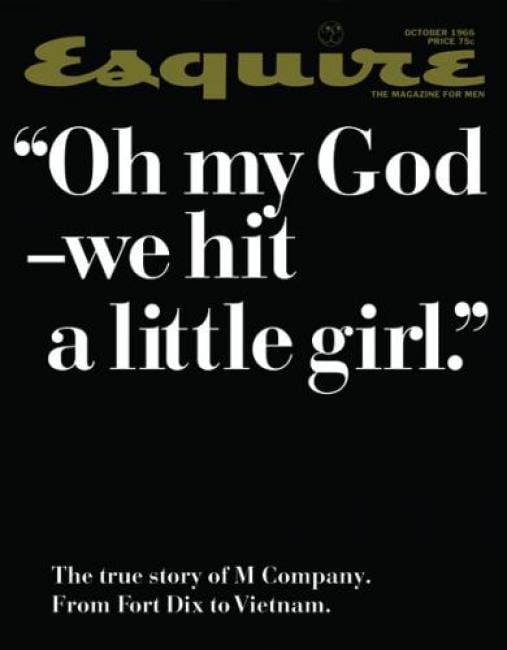 - #5 Esquire, Oh my God, 1966:
“The words are those of an American soldier in Vietnam. This sentence leaped out at me from Sack’s description of a search-and-destroy mission. The words are a GI’s horrified reaction as he comes upon the body of a dead Vietnamese child. This cover appeared early in the war. The outcry against the war was getting louder, but mostly on the campuses. The cover screamed to the world that something was wrong, terribly wrong. Good American boys were trapped in an evil war, with no end in sight. Esquire was sharply criticized by many readers for this “premature” indictment of the war itself...”