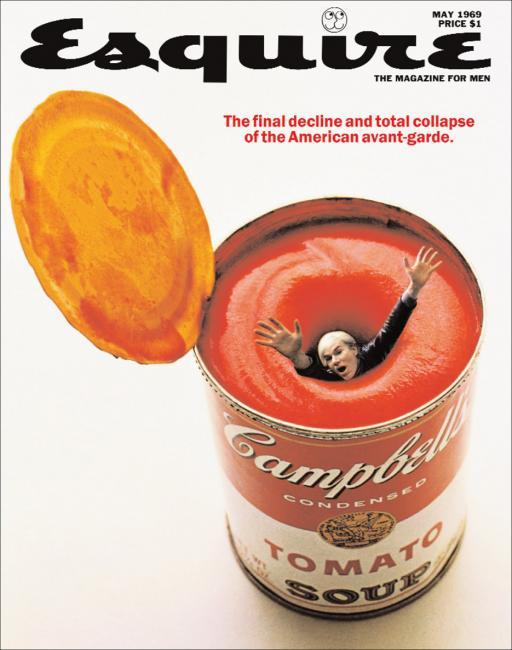 - #4 Esquire, Warhol, 1969:
“This cover has become a symbol of Esquire ’s juxtaposition of the celebration of pop culture...as it deconstructed celebrity. The pervading symbol of the whole Pop Art movement of that era was Warhol’s Campbell’s soup can. When editor Harold Hayes told me he was planning an article on the American avant-garde, I decided to show Warhol drowning in his own soup. Andy knew it was a friendly spoof of his original claim to fame, but he still enjoyed that fame enough to welcome his puss on one of those Esquire covers. We photographed him and the open can of soup separately. When we put Andy into the soup, we almost lost him. (The Bewigged One begged me for years to trade the original art of my cover for one of his Campbell’s soup can paintings–worth multi-millions today–but I told Andy I would donate the original art to MoMA one day, and in 2008, I did.)”