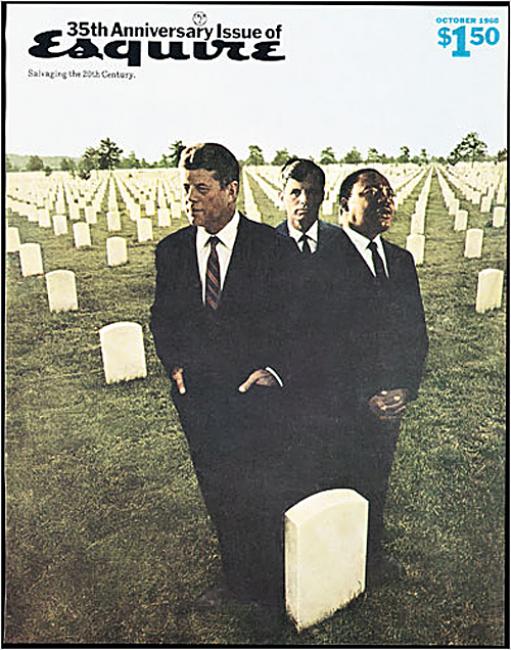 - #3 Esquire, John Kennedy/Dr. Martin Luther King/Robert Kennedy, 1968:
“I plead guilty to shockingly irreverent concepts for many covers. But the ’60s, at times, pleaded for equally shocking reverence. Our assassinated leaders, the three most mourned Americans since FDR, hauntingly watch over Arlington National Cemetery. For Esquire ’s definitive 35th anniversary issue, in a hagiographic fantasy, I paid homage to an idealized, saint-like John Kennedy, Robert Kennedy and Dr. Martin Luther King in this dreamlike epitaph on the murder of American goodness.”

All interviews appear in The Coverjunkie Magazine,
I talked with him along with aces like Arem Duplessis, Richard Turley, Rodrigo Sanchez, Matt Willey, Robert Newman & Francesco Franchi