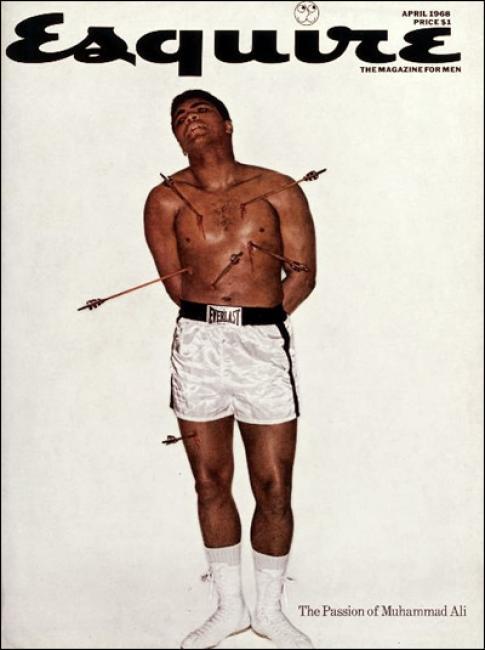 - #1 Esquire, Muhammad Ali, 1968:
"In 1967, Muhammad Ali, the world’s heavyweight champion, converted to Islam and refused induction into the Army.
He was widely condemned as a traitor. When Cassius Clay became a Muslim, he had also become a martyr. In 1968, while he was waiting for his appeal to reach the Supreme Court, I had him pose as St. Sebastian, modeled after the 15th-century painting by Botticini that hangs in the Metropolitan. When the issue hit the newsstands, all hell broke loose. The image is so
powerful that some people of a certain age remember where they were when they saw it for the first time.”