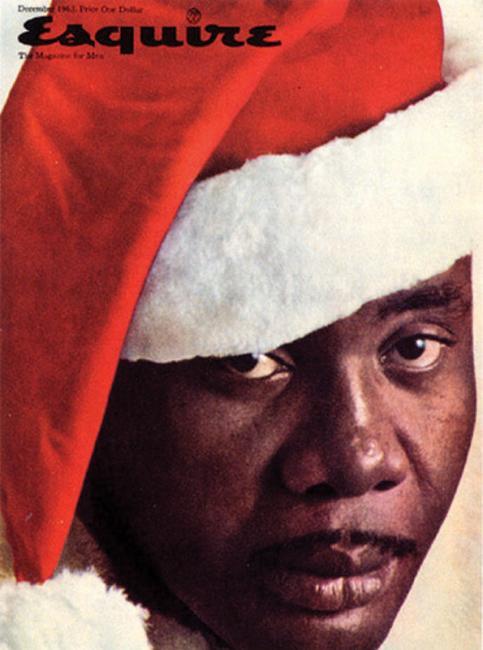 - #2 Esquire, Sonny Liston, 1963:
“Sonny Liston was perfect for this cover, known by everyone as the meanest man in the world. A “street nigger,” served time for armed robbery and didn’t give a damn about his image. He was the newest boxing heavyweight champion of the world. I conned Liston into posing as Santa and all hell broke loose when the cover came out. A bunch of advertisers took their money and ran. Subscribers demanded refunds. Harold Hayes said that Sonny Liston created more trouble than any cover since the invention of movable type. But it set the spirit of the magazine for years to come. Sports Illustrated said: “Four months after Liston won the title, Esquire thumbed its nose at its white readers with an unforgettable cover. Time magazine described the cover as “one of the greatest social statements of the plastic arts since Picasso’s Guernica.” Ho, ho, ho.”