REM's ALL TIME FAVORITE COVERS (HE WISHED HE DESIGNED THEM HIMSELF):

- Playboy (US):
“Art Paul, the founding Art Director of Playboy Magazine, is on my list for sure. If you google image his name you’ll see some amazing work, al-
though it is hard to find it all in one place. I had the pleasure of speaking to him over the phone from his home in Chicago, and he was nice enough to send me some of his covers. I could have easily expanded my picks by adding every single one of them. But instead I choose this one. Why? Because he made Bunny Ears out of a playmates legs, that’s why.”

- Rolling Stone (US):
“No list is complete in my book without mentioning the bril-liant work of Fred Woodward. He’s another reason that I got into this industry. We all know what he’s done at GQ, but if you go back a decade his work at Rolling Stone still holds, not to mention Texas Monthly.”

- Esquire (US):
“This is one of my favorite George Lois covers. I love it because it’s one big fabrication. They staged the entire thing, and there’s no disclaimer on the cover! You gotta love the good old days. Imagine trying to pull that off today; you’d get sued from every angle imaginable.”

- New York (US):
“Luke Hayman’s rejuvenation of New York Magazine was one of the most memorable redesigns of our time. Chris Dixon not only continued it, he made it sing. This Kruger cover is just one small example of the extraordinary work he assigned.”

- Vibe (US):
“When Vibe Magazine first launched in the early 1990s I thought it was the best thing I’d ever seen. Led by Gary Koepke (CD), Richard Baker (AD) and George Pitts (DP), it really was the reason that I got into magazines in the first place. The type was always smart, clean and inventive, and the photography was brilliant and daring.” 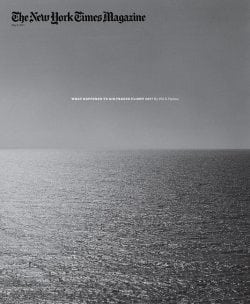 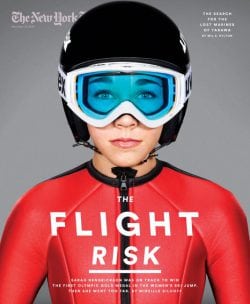