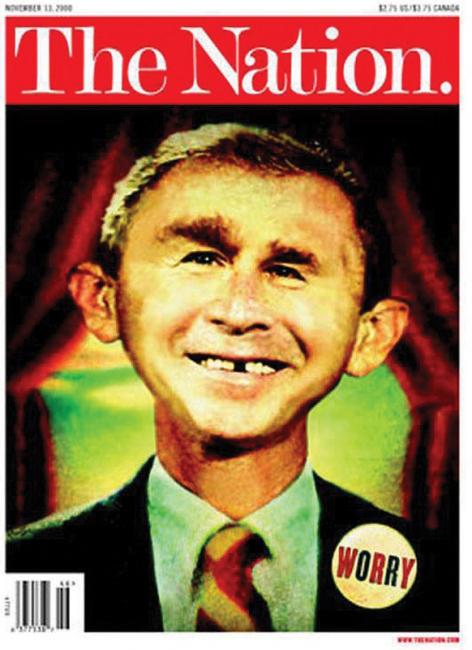 This magazine cover of The Nation features artwork by Brian Stauffer that depicts George Bush as Alfred E. Neuman. The Nation compared Bush to Alfred E. Neuman, the fictional mascot of the magazine Mad, complete with a button that reads, What, me worry? The U.S. presidential election was held on November 7, 2000, and when this issue of the magazine was released, the winner of the election was still unclear. The issue discusses what would happen to the country and the world if Bush became president, and in fact Bush was declared the winner of the election the next month.

Click here for more The Nation covers on Coverjunkie 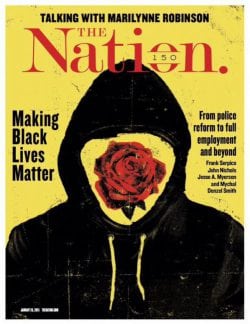 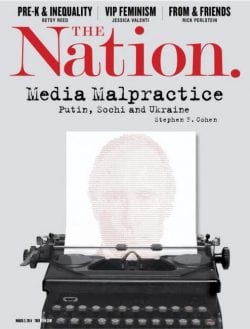 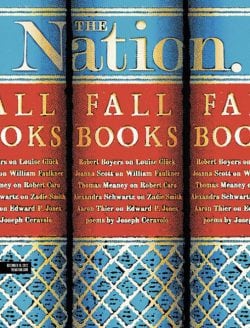 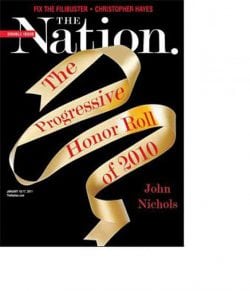