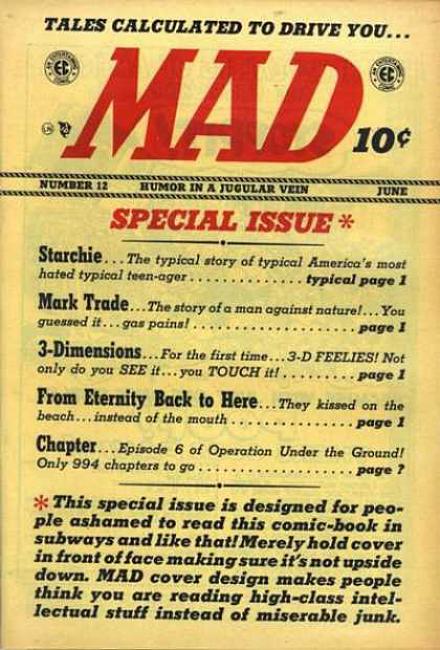 The great satirical Mad magazine. Issue 12: 'This special issue is designed for people ashamed to read this comic-book in subways and like that!'