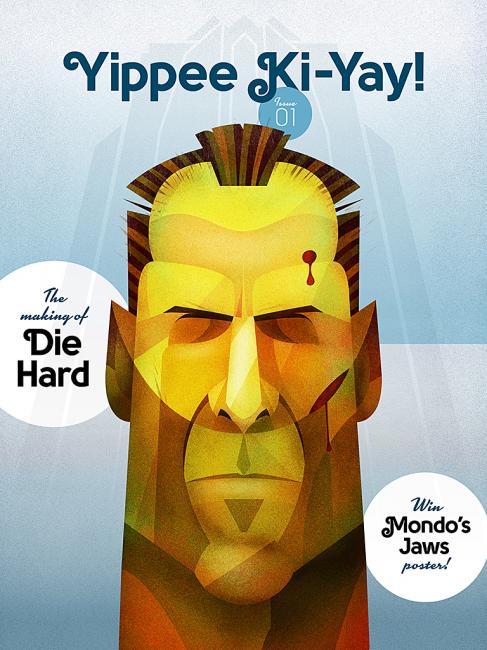 Art-director John Hitchcox tells me:
"a free movie magazine for the iPad last week called Yippee Ki-Yay! The first issue's cover artwork is by Carlos Lerma and contains feature illustration by Stanley Chow and Kate Hindley, with photography by Sun Lee. It has a 'Making of Die Hard' feature with an interview with screenwriter, Steven E. de Souza. It also has a 2013 preview and an interview with Mondo creative director, Justin Ishmael (and the chance to win a Mondo poster)."