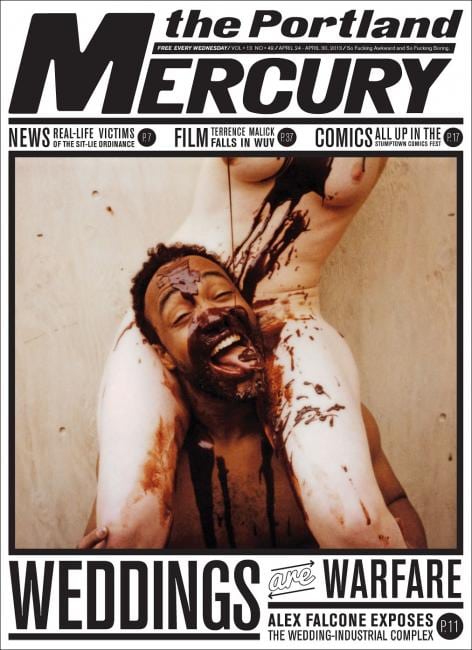 The Portland Mercury (US)

From few weeks ago rejected cover The Portland Mercury
Design director Justin "Scrappers" Morrison explains a bit:
"This week I lined up an awesome piece of art from comic book artist Tom Neely to let folks know he would be at a local Comic Book Fest and to remind readers that Conan comic book covers were pretty are cool.

I didn’t even think about the bombing in Boston. Probably because the cover of this Portland Weekly has nothing to do with Boston and terrorism. But someone else at the paper said it was insensitive, so we had to change the art an hour before sending the cover to the printer.

I only had this awesome fun photo by Bob Renno of naked people having fun covered in chocolate to work with. I had it because I tried putting it on
the cover twice already and got vetoed because it was too crazy. This time though it got the go ahead and after stripping the design down to the raw basics, we had a new cover."

Click here for more The Portland Mercury covers on Coverjunkie 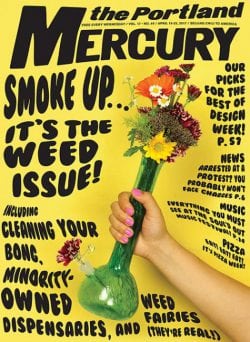 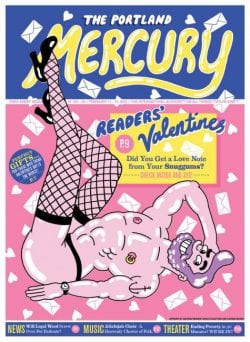 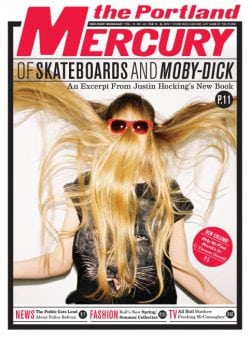 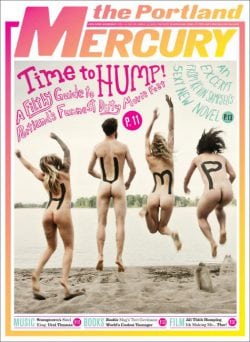