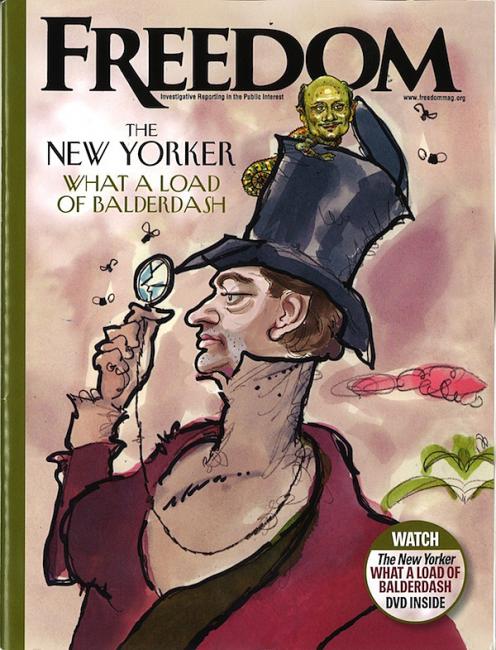 its a cover fight!

I love a good cover fight :)

Six months ago The New Yorker wrote a story about Church of Scientology and they sure did not like that.
What to do?
Well, Scientology strikes back with a parody, a spoof on The New Yorker. They printed a 51-page glossy magazine that looks (a little bit) the same and starring on the cover is the famous Eustace Tilley (he appeared on the first cover of The New Yorker in 1925) as a hobo.

Read all about this battle here on The New York Times