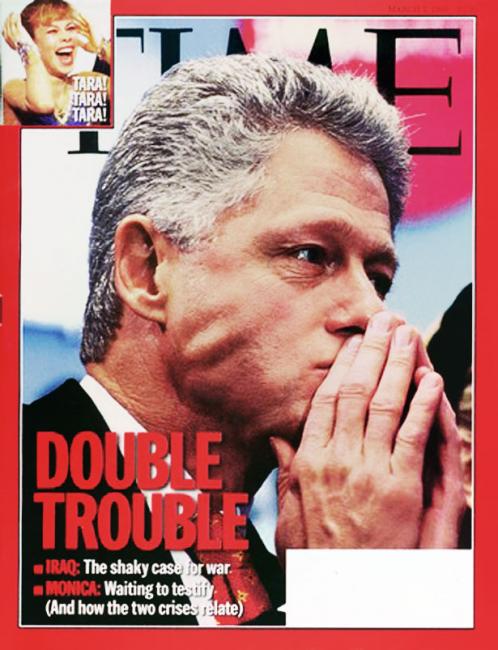 This was one of several magazine covers that featured Bill Clinton during the Monica Lewinsky scandal. In 1995, Lewinsky was an intern at the White House during Clinton’s presidency, and they had an intimate affair. The scandal broke when Lewinsky confided in a colleague in January of 1998. The scandal eventually resulted in Clinton’s impeachment. The top of the letter “M” in the Time masthead appear to be resting on the top of Clinton’s head as horns. The devil horns were written off by Time as an accident of masthead placement rather than a deliberate act. 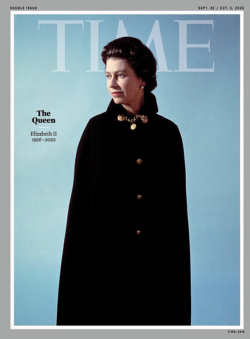 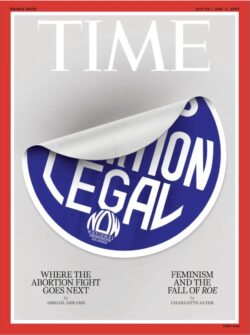 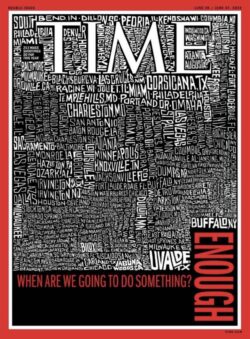 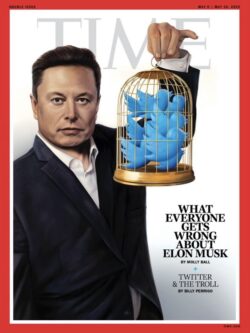