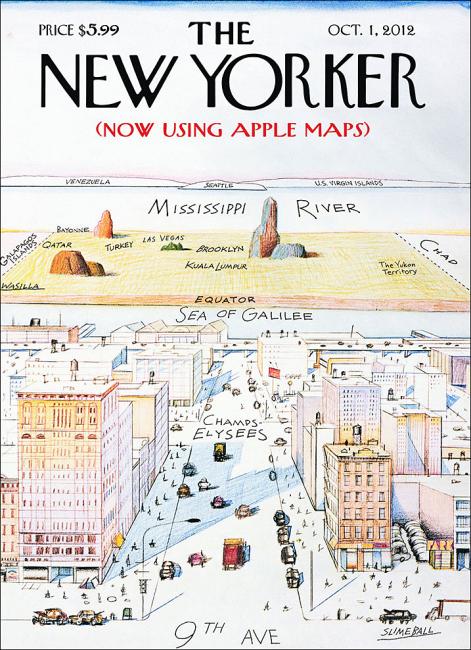 "Apple’s new iOS 6 launched last week with much fanfare. But there are some bugs still to be worked out with Apple Maps, according to which Lexington Avenue is in New Jersey, the Washington Monument has moved across the street and the Brooklyn Bridge is half under the East River"

Hilarious spoof cover taken from this classic from Steinberg created by the ace guys from MAD magazine, read here.

Via the always rocking MagCulture