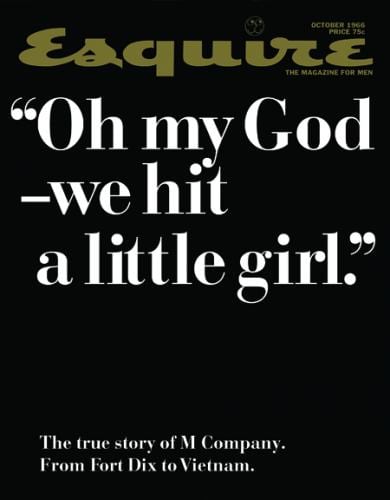 This magazine cover story by legendary writer John Sack helped change public perception of the Vietnam War and was a landmark in the history of New Journalism. Early in 1966, when America had little more than 100,000 troops in Vietnam, Sacks became Esquire's war correspondent in Vietnam. At 33,000 words, the resulting article was and still is the longest ever published in Esquire. The all-black cover with the white inscription, "Oh My God We hit a little girl," became the cover to reflect the story.