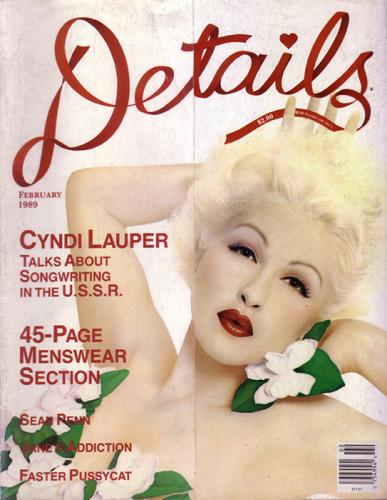 This magazine cover of Details features a photograph of Cyndi Lauper sporting a classic Hollywood look. In the issue, Lauper discusses her songwriting and recounts her trip to the U.S.S.R. with a group of American songwriters the previous year to collaborate with Soviet counterparts. They produced the song Cold Sky, which appears on the album Action Speaks Louder Than Words. 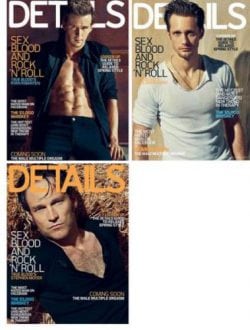