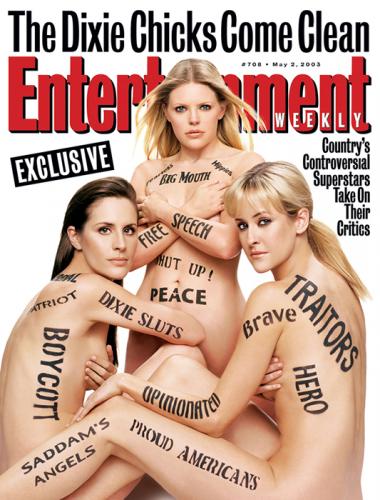 The Dixie Chicks appear naked on this magazine cover of Entertainment Weekly with slogans such as Boycott, Traitors, Hero and Proud Americans printed on their bodies. Two months before, member Natalie Maines criticized the impending invasion of Iraq by President George Bush at a concert in London. This remark sparked intense criticism from many Americans who subsequently boycotted The Dixie Chicks music and concerts. In their interview with Entertainment Weekly, the group discussed their reaction to the criticism and what lies ahead for them in the country music industry. 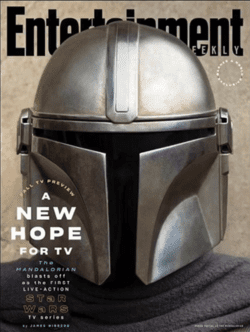 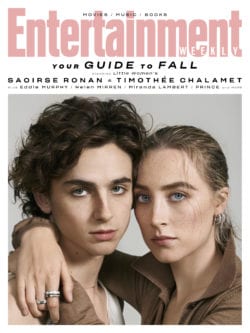 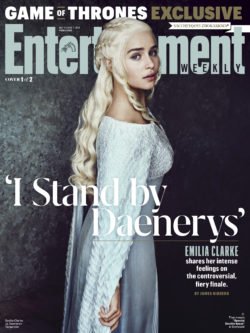