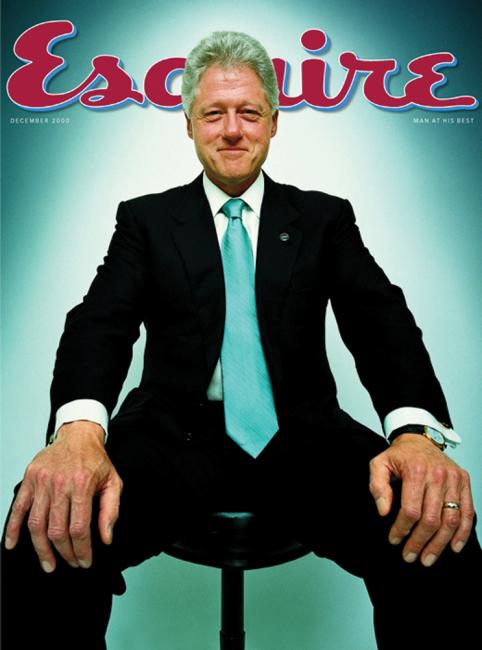 Bill Clintons appearance on Esquires magazine cover at the tail end of his administration provoked ire from both sides of the political spectrum. Accompanying an extensive profile of the President in his waning weeks in office, Platons cover shot (the result of an 8-minute session in a cramped hotel bedroom in Princeton, NJ) was intended to evoke the Lincoln Memorial. Instead it came to be seen as fraught with sexual significance following the scandal with White House intern Monica Lewinsky.