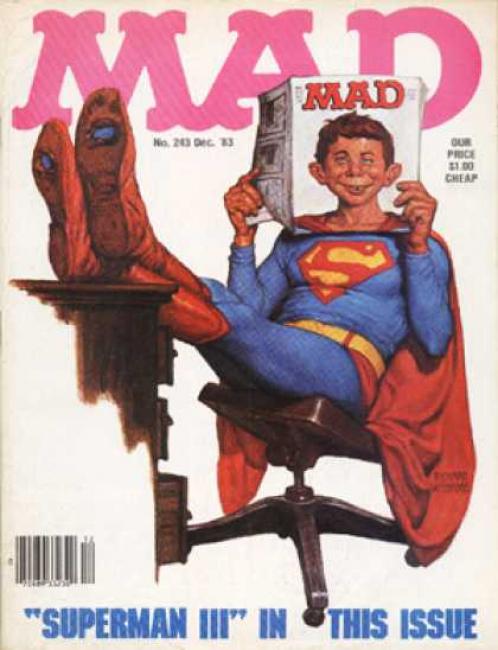 The great satirical Mad magazine. Issue 243, 'Superman in this issue'