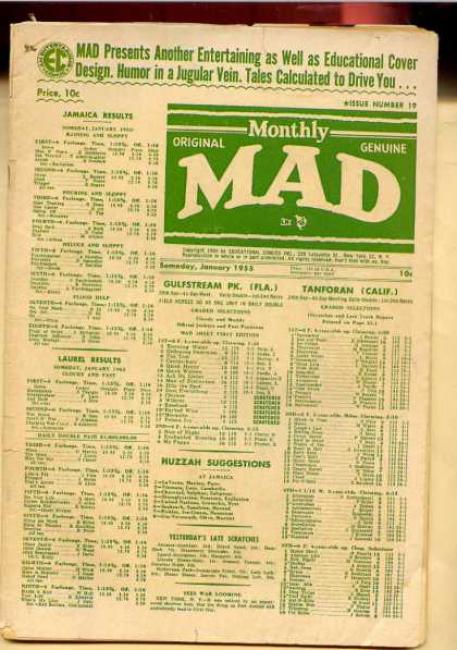 The great satirical Mad magazine. Issue #19. 'Mad presents another entertaining as well as educated cover design. Humor in a jugular vein. Tales calculated to drive you.'