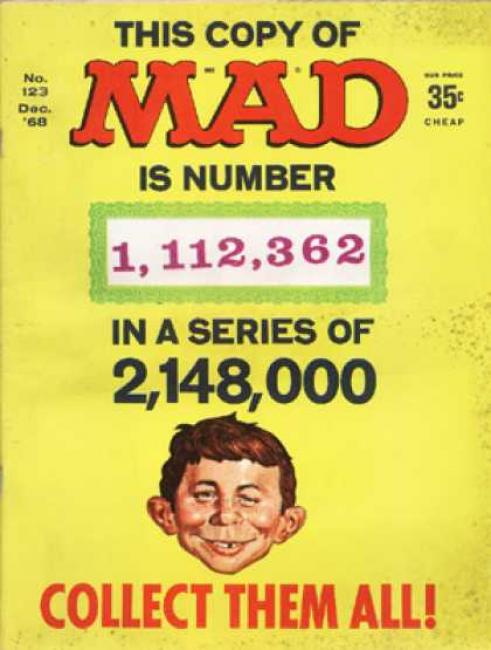 The great satirical Mad magazine. Issue 123 'collect them all'