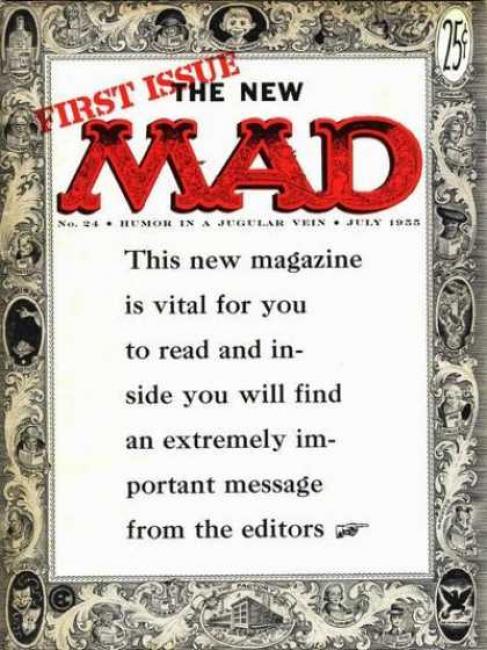 The great satirical Mad magazine. 'With this issue 24 (July, 1955), Mad switched to a magazine format. The "extremely important message" was "Please buy this magazine!" :D