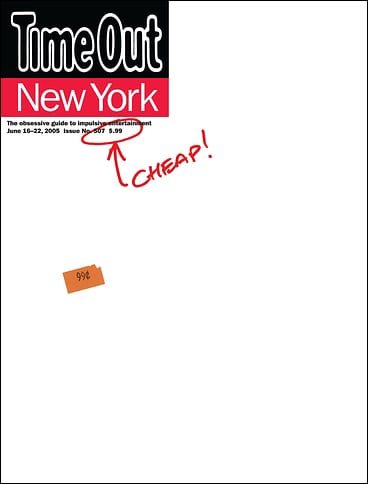 Originally used as a London cover, New York took the idea one step further, eliminating cover lines and printing the sticker with fluorescent ink as a four way split. Since the sticker placement appeared random, many readers spent a frustrating few minutes trying to peel it off.

Click here for more Time Out covers on Coverjunkie 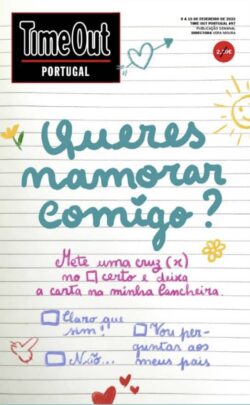 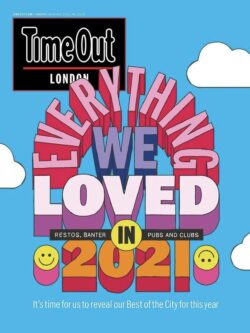 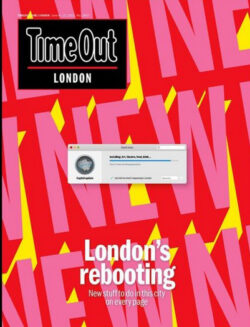 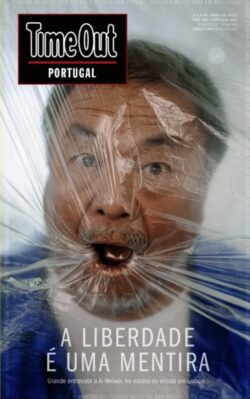