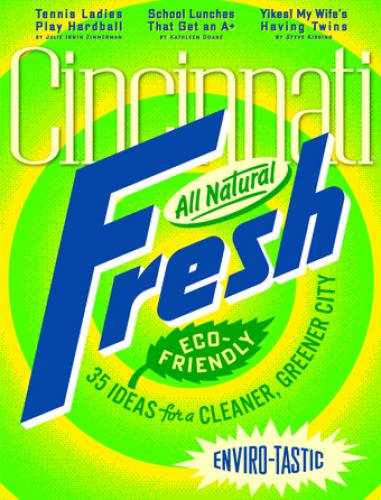 The trick the editors had to pull off on the cover of Cincinnati magazine’s August 2008 issue was this: How to communicate that the environmentally-inclined civic service feature inside was not simply a "green issue" but something a little more fun, accessible, and at the same time had some gravitas? Playing off the subhead ("35 ideas for a cleaner, greener city"), the editors came up with the idea of visually mimicking the classic packaging for Tide—a widely recognizable brand made by Procter & Gamble (based in Cincinnati) that also says “clean.” Art director Grace Saunders worked with typographer Michael Doret to create the art for the cover. 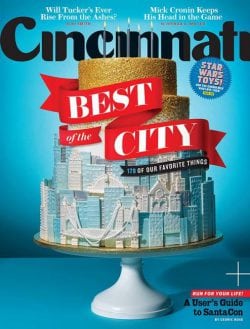 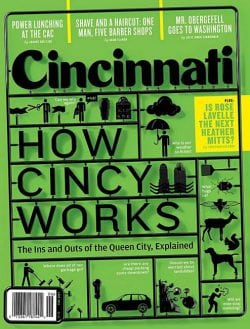 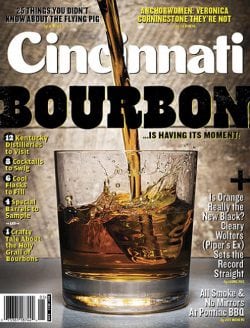 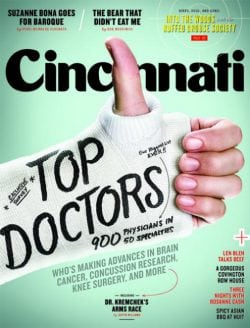