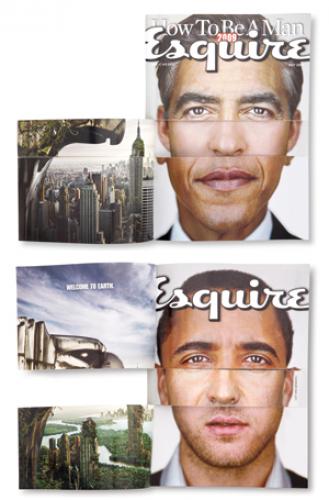 For the May 2009, "How To Be A Man" issue, Esquire used the power of celebrity and a little origami to create an interactive cover that expressed the issue’s theme. Design director David Curcurito and photographer Martin Schoeller came up with the idea to use three photos from Schoeller’s well-known series of up-close portraits to allow readers to mix and match 27 different visions of the modern man. By perforating back-to-back-to-back covers featuring George Clooney, Barack Obama and Justin Timberlake, Esquire encouraged readers to interact with a magazine cover in a way that had never been done before. 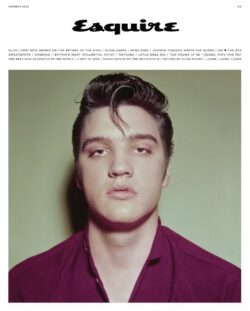