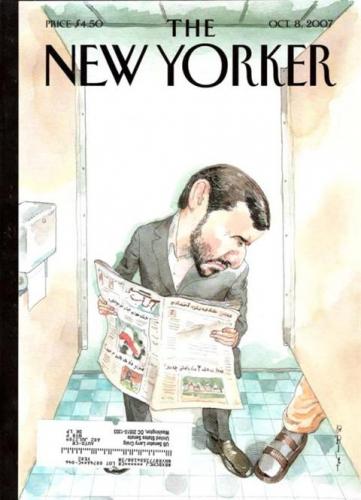 In “Short Stance,” artist Barry Blitt combined two headline-grabbing news stories to create a powerful satirical image. In Blitt’s illustration, Iranian President Mahmoud Ahmadinejad, who declared “In Iran we don’t have homosexuals like in your country” during his controversial speech at Columbia University in late September, is pictured in a bathroom stall, receiving a “foot-tap” from his neighbor—an action that made headlines after Idaho Senator Larry Craig’s arrest in a Minneapolis airport bathroom in June 2007. 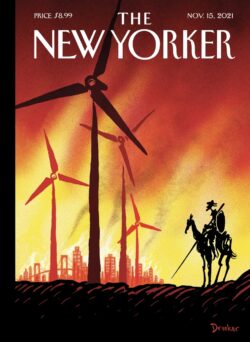 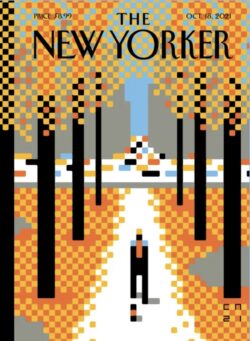