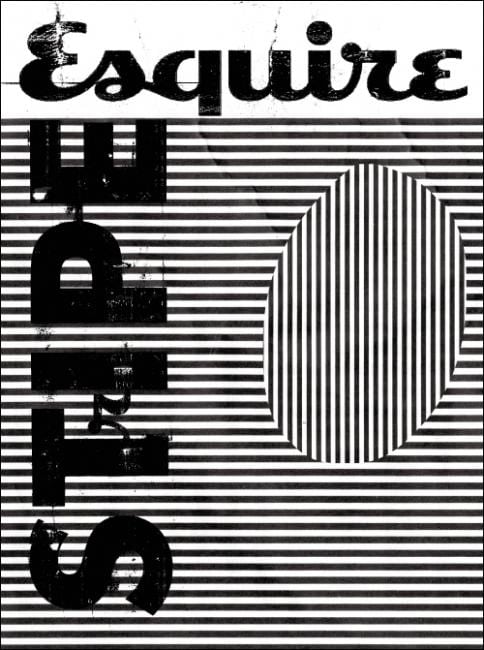 Here Michael Stipe's cover design, he created this cause of the 20 year anniversary of Esquire UK edition. They celebrate their 20 year anniversary and asked 20 people they most admire from the past to design a limited edition cover. A smart cut-out in the cover delivers 20 different covers, see here, good stuff!